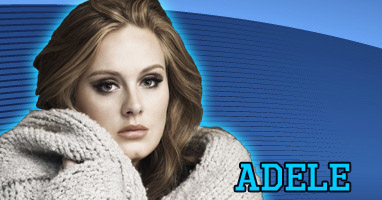 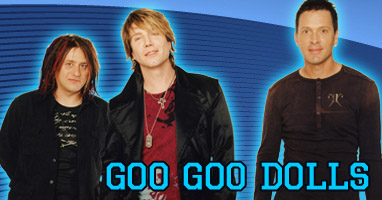 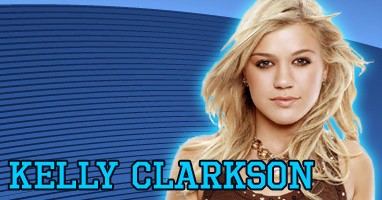 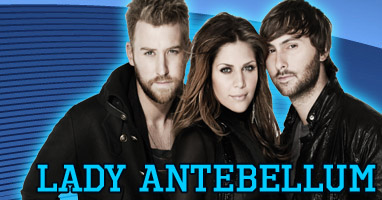 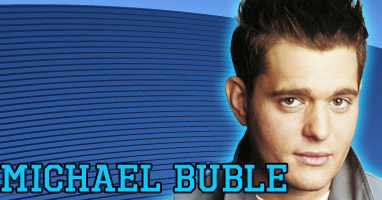 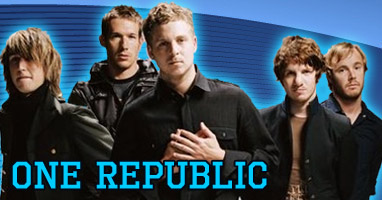 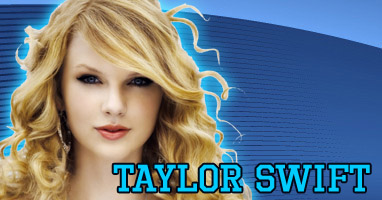 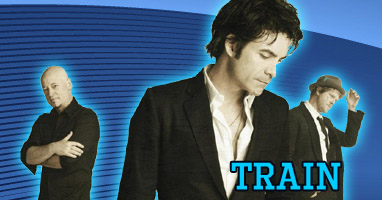 NO PURCHASE NECESSARY TO ENTER OR WIN. A PURCHASE OR PAYMENT WILL NOT INCREASE YOUR CHANCE OF WINNING. VOID WHERE PROHIBITED.

To qualify to win the Reach the Beach promotion, listeners must be the specified caller when the sounder is played on WENY Magic 92.7/97.7.

ONLY ONE QUALIFIER PER HOUSEHOLD.

Winning name will be drawn first from the prize box and announced last at the contest. Qualifiers will be eliminated at random by being drawn one at a time out of the prize box.

Winner must be 18 years or older to participate and the below rules do apply to the Reach the Beach promotion.

The contest or promotion (the “Promotion”) will take place during the dates and times specified in the official rules of the Promotion (the “Promotion Period”) or as announced on-air. The Station may change the dates and/or terms of the Promotion without prior notice. Any material changes will be broadcast on the Station and, if applicable, posted on its website located at www.magic927977.com.

Promotions conducted on-air that require telephone responses to “cues to call” are only official when heard on-air via radio. Due to delays with the Station’s online streaming of its broadcast signal, listeners to the online stream may not be able to participate in or be disadvantaged in participating in certain Promotions.

To be eligible to enter or participate in the Promotion, listeners must follow the instructions set forth in the official rules above or as announced on-air and must fulfill all of the eligibility requirements of the Promotion. Unless otherwise specified, the Promotion is open to all listeners of the Station who are legal U.S. residents, 18 years of age or older and who live in the Southern Tier of New York.

Employees of the Station, its licensee, the licensee’s parent, subsidiary and affiliated entities, Station’s advertising and promotional agencies, its participating sponsors, other radio stations in the Elmira/Corning area and the members of their immediate families and/or households are ineligible to participate or win. Listeners are eligible to win a Sound Communications (WENY Magic 92.7/97.7) prize valued under $600 only once every sixty days (60) and a prize valued at $600 or more only once every two (2) years. Sound Communications is made up of WENY Magic 92.7/97.7, WGMM Gem 98.7, WENY News Talk 1230/1450/106.7, WKPQ Kickin' Country 105.3, WZKZ 101.9 The Ride, WQRS 98 Rocks, WMXO The Mix 101.5. Only one winner per household is permitted in any Station-conducted Promotion. For on-air Promotions, there is no limit to the number of times a listener may attempt to call-in; however a listener may only qualify once.

Promotion prizes and their values will be indicated when the Station announces the Promotion. Unless otherwise announced, all prizes or prize certificates must be picked up at the offices of the Station located at 21 East Market Street, Suite 101, Corning, NY 14830.

Prizes may be claimed during regular business hours (between 8:30am and 5:00pm, Monday through Thursday or Friday 8:30am - 3:00pm). Promotion winner(s) will be required to present valid government-issued photo identification and provide their complete address, date of birth and phone number to claim a prize. Unless otherwise permitted by the Station, winner(s) must claim his or her prize in person, and a prize cannot be claimed by third parties on behalf of the winner. If a Promotion is open to entrants under the age of 18 and a winner is under the age of 18, a parent or legal guardian must claim the prize.

Failure to comply with these requirements will result in the forfeiture of the prize. A winner will forfeit any prize or prize certificate not claimed within thirty (30) days (or sooner for time sensitive prizes) of winning. Unless otherwise specified or required by law, if a prize is not claimed no alternate winner will be selected and the prize will become the property of the Station. The Station, solely at its discretion and only with the consent of the winner, may opt to deliver the prize to the winner by mail or overnight courier. In such event, the winner assumes the risk of the prize’s loss and the Station will not be responsible for the safe arrival of the prize or prize certificate. There is no substitution, transfer or cash equivalent for prizes, except that the Station may, at its sole discretion, substitute prizes of comparable value or cash. Each prize is expressly limited to the item(s) announced by the Station and does not include taxes, gratuities or any other expenses. Station cannot replace lost or stolen prize certificates or merchandise. Other restrictions may apply.

Decisions of the Station’s management with respect to the Promotion are final. Potential winner(s) will be selected and notified of their prize in the manner announced by the Station. Promotion winner(s) must execute and return any required Affidavit of Eligibility and/or Release of Liability Prize Acceptance Form within ten (10) days of winning or being notified of winning (or sooner for time sensitive prizes) or prize will be forfeited and an alternate winner may be selected. If a potential winner cannot be contacted, fails to sign and return the required affidavit of eligibility and/or liability/publicity release within the required time period, or if a prize or prize notification is returned as undeliverable, the potential winner forfeits the prize.

Payments of all federal, state and local taxes related to the award of a prize are solely the responsibility of the winner of the prize. The winner will be required to complete and submit an IRS Form W-9 with the winner’s full Social Security Number or the equivalent for receipt of any prize valued at $600 or more or for any prizes awarded by the Station in a calendar year with an aggregate value of $600 or more and such winnings will be reported to the IRS. Failure to submit a complete W-9 or equivalent will result in forfeiture of the prize.

By participating in the Promotion, the winner(s) agree to have his or her name, voice and likeness used in any advertising or broadcasting material related to such Promotion, without further compensation, and (where permitted by law) to sign a publicity release confirming such consent prior to acceptance of the prize. Prior to awarding any prize or prize certificate, the Station in its sole discretion may require the winner of such prize (and his or her travel companion(s), if any) to sign a liability release, which holds harmless the Station, its licensee, its parent, subsidiary, and affiliated entities, their respective officers, shareholders, directors, employees, agents and representatives and all of their successors and assigns against any and all claims or liability arising directly or indirectly from the prize or participation in the Promotion.

The Station is not responsible for (i) lost, stolen, mangled, misdirected, postage due, illegible, incomplete or late entries; (ii) telephone or mobile service outages, delays, busy signals, facsimile transmission errors, equipment malfunctions and any other technological difficulties that may prevent an individual from completing his/her telephone call or from sending a text message (if applicable, message and data rates may apply, and the Station is not responsible for any fees incurred by an entrant for this method of entry); or (iii) entries not received due to difficulty accessing the internet, service outage or delays, computer difficulties or other technical difficulties.

The Station is not responsible for typographical or other errors in the printing, the offering or the administration of the Promotion, or in the announcement of a prize. The Station, in its sole discretion, reserves the right to disqualify any person tampering with the entry process or the operation of the Station’s website. Failure to comply with the rules of the Promotion may result in a contestant’s disqualification and/or forfeiture of any prize or prizes. If the Station makes a good faith determination that an entrant has cheated or committed fraudulent activity in connection with a Promotion, the Station reserves the right to disqualify that entrant from entering and/or winning future Promotions. 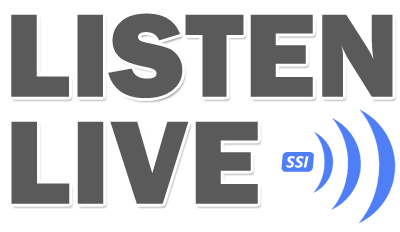 Get the TuneIn App for your Smart Phone - Search WENI-FM

and take us with you.

The Morning Magic on Magic- FM

brought to you by 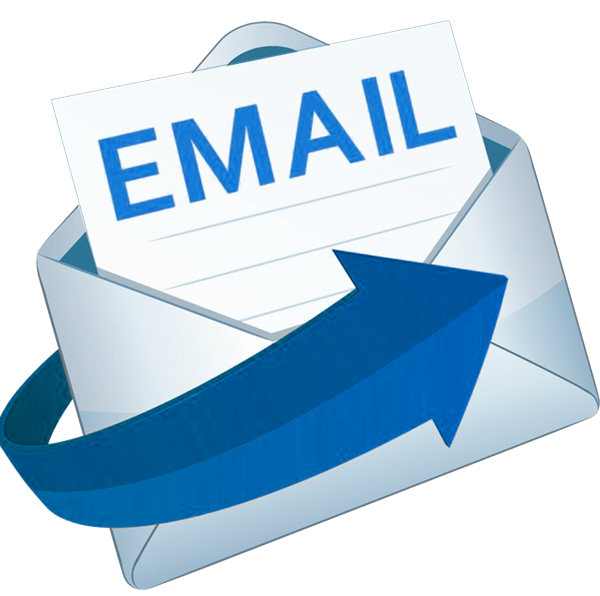 Here's where you can get in touch with us.

Email your comments or whatever to 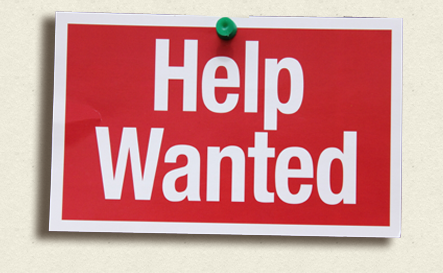 Looking for a fun place to work, not stuck at your desk, unlimited earning potential. Be part of an established team with coaches to help you succeed (even a free gym membership)!

On-air positions available at stations in the Sound Communications company.

More information or to send us info, use the e-mail address below